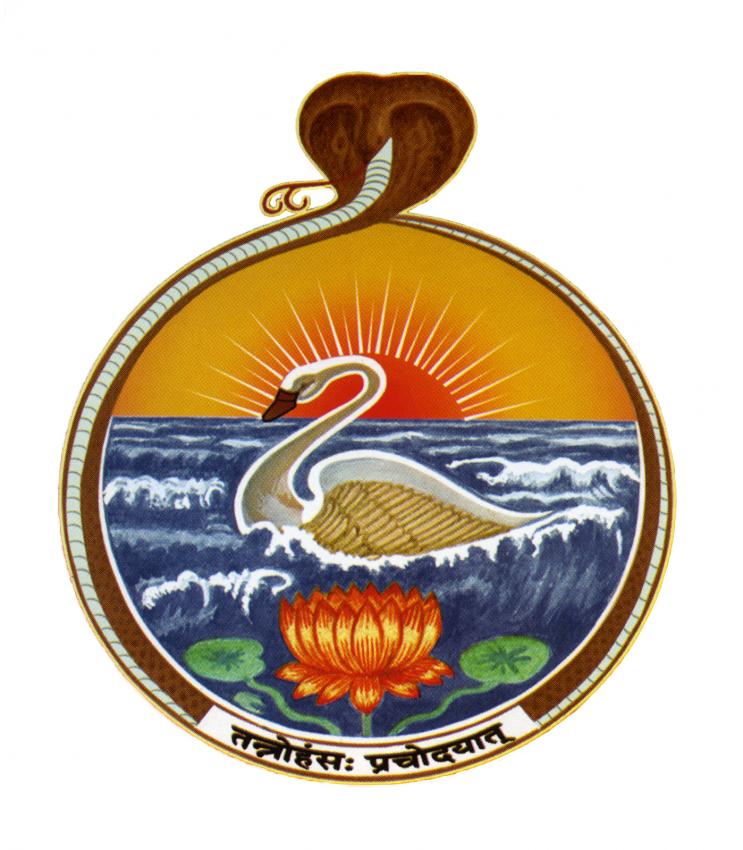 Sri Sarada Devi, the spiritual consort of Sri Ramakrishna, lived from December 22, 1853 to July 20, 1920. Called the Holy Mother by her devotees, she was born in Jayrambati, a village in Bengal. She was both a nun and a mother, the final arbiter of all spiritual matters at Belur Math, yet also the caretaker of her niece. To the many devotees who came to her in India and from abroad, she was their mother. She took care of their physical and spiritual needs as well as taught them spiritual wisdom. She hid her great spiritual attainments and power behind a veil of modesty. To a fortunate few, she sometimes revealed her nature as the Divine Feminine Archetype. For others, they felt their lives blessed by being able to feel her silent presence. To understand her teachings and life, we need to travel a great distance to a land where gods and goddesses live among men and women, where the spiritual realm is more real than the physical world we inhabit, and where mother is worshipped as the supreme divine power through which the entire cosmos moves.

Swami Tattwamayananda, a senior monk of the Ramakrishna Order of India, minister-in-charge of the Vedanta Society of Northern California (founded by Swami Vivekananda, the first Hindu monk to preach in the West, in 1900), an eminent Vedic scholar as well as scholar of European history and language, has shared in five sessions the fruit of a lifetime of meditating on Holy Mother’s teachings. The lectures were held at a private retreat on the Vedanta Society’s Olema retreat property in Marin County from August 31 – September 2, 2019. Swami Tattwamayananda brings his immense scholarship, spiritual insight, and understanding of the spiritual needs of our time, to bring Holy Mother Sri Sarada Devi’s teachings to us through biography, history, philosophy, myth, and Sanskrit tradition.

Swami Tattwamayananda, currently the Minister of the Vedanta Society of Northern California, San Francisco, (originally founded by Swami Vivekananda in 1900) served in various centers of the Ramakrishna Order in India as editor, publisher, and teacher of Sanskrit, Advaitic texts such as Sri Shankaracharya's commentaries on the 'Prasthanatraya' (the fundamental Sanskrit texts of Vedanta philosophy), Buddhism and Indian philosophy. He underwent traditional training in Hindu scriptures, Sanskrit, Vedic and Vedantic literature for many years, from his early days. Before coming to the United States in January 2012 he was teaching Sanskrit, Vedantic scriptures and Indian philosophy at the Training center in Belur Math, the institution that trains the monks of the Ramakrishna Order at the headquarters of the Ramakrishna Mission, Kolkata, India. Apart from his traditional education, the Swami has also received modern University education in English literature, psychology, European history, and Western philosophy. He is frequently invited for lectures on Yoga, Vedanta, and traditional Hindu scriptures and for participating in interfaith dialogues.

You have unlocked the year-long
YogiMeter Program.

What do your ratings mean?

Thank you for using YogiMeter TIPS! Your TIPS will be active in 24 hours.

With membership of our exclusive Founding Fellow Program you gain the first-mover advantage and become part of the path-breaking work we are doing with the YogiMeter self-discovery tool.

You can share your feedback and expertise, offer suggestions and advice, ask questions about specific parts of your report and get insights and answers from the YogiMeter expert

This section is Locked! If you want become our Founding Fellow, unlock the year long YogiMeter Program.

Become a Founding Fellow of YogiMeter, and

Thank you for sharing! YogiMeter team will try to get back to you at the earliest.

You are about to submit your
assessment, you will now be able to
change your options after this.

You are not authorised to do this.
Please reach out to the report owner to perform this action.

Currently, you are on the Free YogiMeter Plan.Your last report will be replaced by your latest report if you continue to take the test.

To save your reports history and monitor your progress, subscribe to YogiMeter Premium now!

Would you like to upgrade your Free plan to get complete report?

Already have an account?Log in

Your YogiMeter report has been generated and waiting for you. You’ll need a Ceekr account to access your report